The Control project of the Laos section of the China-Laos railway, Konglang Village Tunnel, is completed 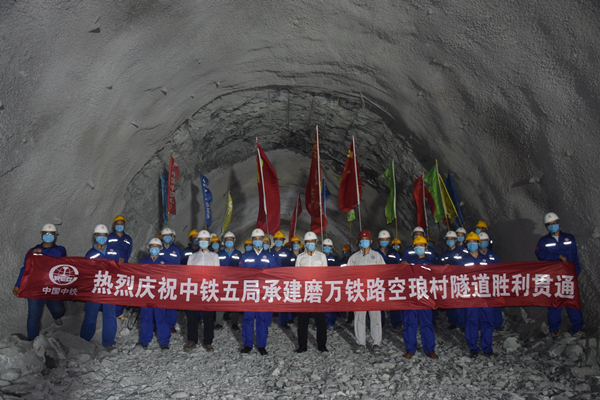 At 11:00 on the morning of April 29 in Beijing, the key control engineering in the Laos Segment of the China-Laos Railway - Ban Konlouang Tunnel was completed smoothly, which is 43 days ahead of the original time. This is another important progress made by the railway constructors of China and Laos to overcome the epidemic influence and securely and orderly promote the engineering construction. 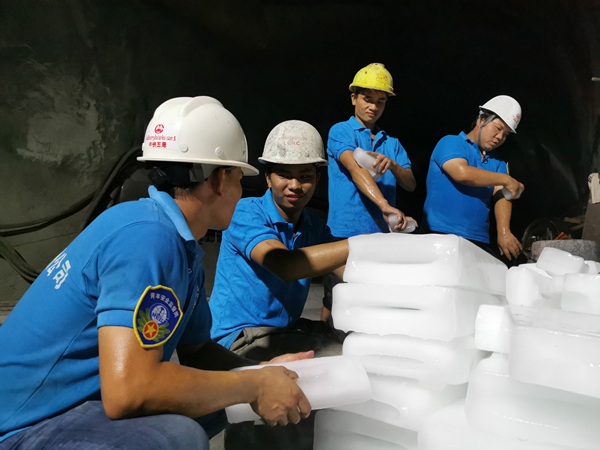 The head of the China-Laos railway company introduced that the Ban Konlouang Tunnel was the third longest tunnel in the Laos Segment of the China-Laos Railway and located in Gulong Village, Namo County, Oudomxay, Laos in the length of 9,020 meters. The tunnel passes through a karst zone and geological fault, where there is abundant groundwater, bringing a great difficulty in construction and high security risk. Since the commencement in March, 2018, the construction units of the tunnel optimized the construction organization, strengthened to overcome the scientific research issues, and researched and applied 6 advanced engineering technologies and processes, tackled a series of construction issues, such as karst, fault and high ground temperature and guaranteed the tunnel to be constructed safely, excellently and efficiently. 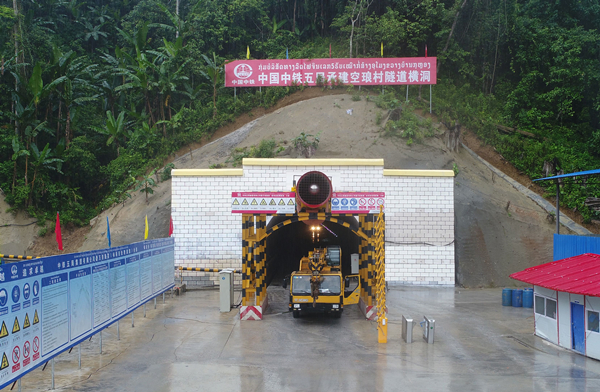 The head indicated that since the breakout of the COVID-19 epidemic, the construction units of the China-Laos Railway planned to promote the epidemic prevention and control and engineering construction, overcame the difficulties, struggled hard day and night, strengthened the safety quality management and guaranteed the engineering construction to proceed smoothly in the context that the epidemic prevention and control measures were implemented strictly. A railway track began to be laid in the Laos Segment on March 27and in the domestic segment on April 7, laying a firm foundation for the completion of the China-Laos Railway at the end of 2021. 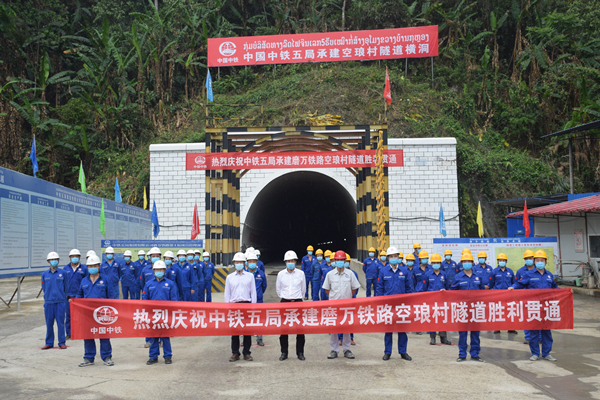 The China-Laos Railway connected Kunming, China with Vientiane, Laos as a landmark project for “the Belt and Road” and the friendship between China and Laos. Upon the completion of the project, the railway is of significance for reinforcing the people-to-people exchange between China and Laos, making contributions to “the Belt and Road” and turning Laos from “a land-locked state” to “land-linked state”.